Complete FS, the South Coast based packager, has recruited Ann Jennings to join its enquiries and sales team.

Ann joins after 7 years at Lloyds Bank, where she was part of the sales team and won accolades for her work in retail enquiries as a ‘subject matter expert’. She spent five years with a packager before joining Lloyds and prior to that was at Abbey National. She is also a passionate supporter of charities such as Naomi’s House and Jack’s Place, a children’s hospice for sick children and has raised over £15000 to support them. Ann has just returned from a 2 week trek of the Great Wall of China raising over £7000.

Complete FS, which has celebrated its 21st birthday, is enjoying its strongest year since the credit crunch. Tony Salentino, Director of Complete FS commented:

“We are delighted to welcome Ann to the team. She brings a strong skillset to Complete FS and her experience in dealing with customers in a sales environment for a large corporate like Lloyds will be a huge asset to us. At Complete, we have managed our growth carefully and have a solid team based on individuals with the kind of experience that Ann has as well as bringing in youngsters through our apprentice scheme.”

Ann Jennings said, “Complete FS is an organisation which has a passionate belief in its willingness to help brokers and their customers, which matches my desire to work with people who really understand the importance of service. I am already settling in to the new role and look forward to developing relationships with our introducers.” 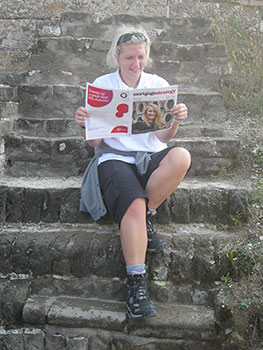