Bridging, Brexit and the General Election 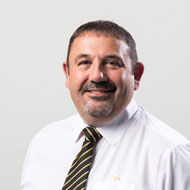 With Article 50 triggering the formal process of the UK leaving the European Union beginning in earnest and an impending General Election added to the mix – three years ahead of schedule – then it’s fair to say that there is more than a whiff of uncertainty in the air.

But what does this all mean for businesses, the industry in general and specifically the bridging finance sector?

The next two years of negotiations will inevitably have far reaching implications for a range of UK based businesses and of course those employed within them. Three main areas have been widely highlighted as integral components within these talks: migration, customs, and tariffs. Individual businesses and sectors may rank these in a different order or have their eye on other components within potential trade agreements. In terms of the financial services sector it’s been widely reported that banks and financial services firms want a free trade deal with the EU. It has been suggested that the City of London wants to be able to continue making billions of cross border transactions without facing extra regulatory hurdles. Speculation is rife surrounding potential job losses from the UK leaving the single market. Some high profile firms have already announced planned job moves out of the UK, although – on the flip side – others have outlined their commitment in keeping their operations within UK borders.

Commenting on the implications of Brexit, The British Bankers’ Association (BBA) said it is “essential there are no cliff edge effects” when the UK leaves the EU. The trade association added that with so many European firms relying on financing raised in London, it is in neither side’s interest for that to disappear overnight.

Looking squarely at the bridging sector it was encouraging to see a recent survey from the Association of Short Term Lenders (ASTL) which showed that their members are increasingly positive about their, and the sector’s, prospects despite the triggering of Article 50.

Lenders were very positive when it came to prospects for their own businesses, 85 per cent felt that volumes will grow over the next six months. The balance felt that there would be no change, with no one expecting business to fall off. 56 per cent of those surveyed felt that the bridging market as a whole will grow. This signified a vast improvement when compared to the reported 19 per cent in June last year – the period immediately following the referendum. This growth was also suggested to bring in new entrants to the market, with 52 per cent of respondents expecting greater competition.

These figures reflect conversations we’re having within the industry. Confidence levels have been steadily bolstered in recent times by increased professional standards and stronger regulatory influence. These are elements which have been fundamental in raising the image and perception of the sector both within the financial services sector and in respect of the end customer.

This is made all the more impressive as this growth has taken place under a cloud of general economic and political uncertainly. The past 12-18 months have shown us that nothing is a certainty within political circles. As such, we’re likely to see some continued apprehension amongst business leaders in the weeks leading up to the General Election. However, it’s also clear that the vast majority of lenders within financial services are operating from a more robust platform than we’ve experienced for many years, meaning that a ‘business as usual’ attitude remains a must moving forward. And considering the opportunities available to intermediaries within the short-term lending sector, it’s also clear that bridging finance will continue to lead the way both in the lead up to the General Election and beyond it.