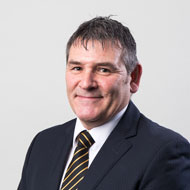 Plenty of words have been written about the Brexit result but a period of uncertainty is inevitable. Understandably, some lenders have chosen to trim their sails already by withdrawing particular products and reducing loan-to-values.

As a ‘glass half full’ person, my instinct is to look at what is around me and forge ahead, rather than continue to pick over yesterday’s news. Our industry is in a strong position and, while funding lines and those who manage them will be concerned in the short term, the future is what we make it. Our biggest problem will come from wishing ourselves into the very situation predicted by the doomsayers.

If I had been required to forecast where our market was likely to go in 2016 both pre- and post-Brexit, I do not think my conclusions would have been that different, except for the herd instinct of the market and the potential for a vicious circle of panic like the one that led to the events of 2008.

With my pre-Brexit prediction hat on, it would be easy to forecast a strong upward trend. However, post-Brexit, our industry, like the rest of the lending market, is subject to the same global forces over which we have no control. Negativity and loss of nerve are the levers that, when applied, tend to herald any major downturn.

That said, with at least two years to go before any formal leavetaking of the EU, a sense of normality and ‘business as usual’ will ultimately prevail and I still foresee the bridging market in positive mode at the end of the year.

It was good to see Precise’s Alan Cleary and Gareth Lewis receive the award for Regulated Bridging Lender of the Year. The recognition was well deserved as Precise remains one of the most innovative bridging lenders in the marketplace while also exceeding our expectations when it comes to service.

In a market with so much choice for brokers, innovation and good service will always be the hallmark of successful lenders.

Ahead of the game

Watching Wimbledon last week, one of the most noteworthy comments by ex-champion John McEnroe was that great tennis players always find an extra gear when they need it (Novak Djokovic may disagree this year). Lenders like Precise are a good example for others to emulate; as the competition intensifies, it seems to find that extra gear and move ahead again. Fortunately, there are plenty of lenders keen to knock Precise off its perch, which is what healthy competition is all about.

Meanwhile, although we have seen little evidence so far, I read that one of the more immediate consequences of the stamp duty surcharge on the buy-to-let market was the move by landlords to turn to alternatives such as bridging to finance property refurbishments. Given the new restrictions on allowances and tax relief as well, landlords will be looking for the most effective means of future financing.

The use of bridging for refurbishment of existing properties could suggest that some landlords’ main reason for seeking short-term finance was to prepare to put those properties back on the market.

A recent report by Paragon said the stamp duty rise had prompted a focus by landlords on renovations ahead of purchasing new property. Refreshing the portfolios of most larger landlords tends to run in cycles, but funding renovation of existing properties via bridging finance would be genuinely viable only if it was a cashflow issue and the repayment exit was via remortgage, sale or from capital.

On a less serious note, despite the inevitable demise of the England football team at the Euros, we had fun with Shawbrook Bank and some local brokers in a game at Southampton Football Club. We came out the winners but also made some great alliances.

We have all seen rapid changes in short-term lending but we must remember that nurturing good relationships with colleagues remains one of the major planks on which the success of the wider lending community is based.